I already mentioned I take part in Get Noticed 2017 (PL). I like the idea; it may let me finally finish the project I was taking up about three times in the past four years.

I was on a two-week trip to London to brace myself for coding. It let me do quite many valuable observations about the city and how it works. I made a logo for the game (yay!). Here we are:

As you can see I decided to go with plain colors and so-called flat design what should match low poly world nicely. After a thought, there is not much design in this picture 🙂

Every project needs a plan. This one below is a loose one, but it will do for some time.

I use some libraries, but the majority of things are built from the ground up. Particularly challenging (or time-consuming) are the renderer (basically everything from data to an image on screen), and the simulation (that’s where the city grows). Regarding the latter, I will keep things simple and try to decouple code as much as possible so that I can create proper engine later.

I want to make a playable game in this short timespan (by the end of May), so the list of functionalities to implement got shorter:

Not in this list are game saves. I’m not sure if it will make sense to develop bigger cities having quite simple mechanics of simulation. I don’t have time nor knowledge how to create a plausible model of computations. This thought leads me to the conclusion that saves are not needed yet.

I consider some other features, with no specifics so far. I may add them to my roadmap, we will see.

Taking in mind that I need to write a 3D engine, the whole of UI, handle input, etc. that’s quite a challenge. I plan to revisit those ideas after a month or so.

I stumbled upon an interesting initiative on the Internet. “Get Noticed!” (PL, dajsiepoznac.pl) makes people develop project and write at least two posts about it every week. I think it’s way too much :), but I liked the challenge. Why not try? 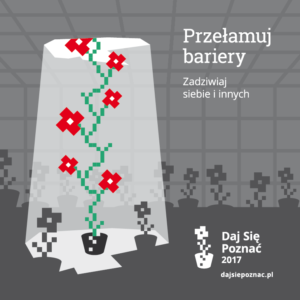 I find this design appealing.

I start this blog to finish a project I take up every year with no results: a city-builder game like Sim City 4, Cities: Skylines, etc. With no professional experience in C++, desktop apps, OpenGL, multithreading and nothing you need to write a game. My principal aim is to learn, but I’d like to finish a very very very simple working prototype by the end of May for that action finals. You can follow Konstruisto (Esperanto for the builder) development on konstruisto.com, and the posts for “Get Noticed!” under the #DSP2017 tag. More details shortly.

The blog itself needs a bit of grooming I hope to do in the following weeks. Maybe I will create my WordPress theme?

This is the very first post I’ve written. I already did something new!